The Great Tehran has its own stories which are very interesting. As seems, the people in this current great city have more desire to underground living and most houses are located at several meters underground. It maybe for compensating the past that the Tehran people want to live at peak of city and maybe they gain this hidden order via their descendants' souls. Certainly such underground living has various reasons and undoubtedly it can be said that it shows the intelligence of the people residing in Tehran at that time. Yaghout Hamavi in Majam Albaladan book mentioned it somehow and knows the fear of Tehran people from enemies in their underground living. Apparently, Tehran people's being hidden from enemies is considered as a marital technique since their hidden place is undetectable by the enemies.  The enemies left after passing several days or several weeks without getting any result. As seems, Tehran people never gave fine or plunder to enemy and mock the defiant via subterfuge technique. As seems, the hidden house making method is only belonged to Tehran people and most of surrounding villages lack such blessing.  One of the other interesting points is that the Tehran people at that time do not like fighting and slaughter. All their arts against enemies were being hidden in underground layers which are admirable regarding the facilities and people at that time.

The first mode of Tehran denomination is taken from the phrase of "Yaghout Hamavi" in Majamolbaladan. "I heard from a Ray people that Tehran is a big village and all its buildings are located in underground and no one has daring to reach to that village except that the people at that village gave permission for it.

In this phrase, it mentioned to Tehran people's underground living. This encouraged some to divide Tehran to two parts, "The" mean under and "Ran" and define Tehran as underground place.

Etemadossaltaneh in Meratalbaladan about denomination of Tehran said: since Tehran people hide in underground when enemy came there, they are named as such that means they went to "Tehran" means underground.

Tehran with "e" in "T" and "∂" in "H" and "Ra" and "N" at the end is a "Ajami" word and they pronounce it "Tehran" since there is no "T" in their language. This village is one of the villages of Ray and its buildings are constructed at underground. No one can enter there without permission of its people and in most times, they passed misdeed regarding the monarch at that time.

In the distant past, Tehran was a green carpet of garden unlike current Tehran which was behind its residents. So Tehran is not without past. The works which proved the first residents in old Tehran have been destroyed upon urban development, unfortunately, when these works were suddenly found, they were destroyed due to lack of awareness on their importance and worry on slowing the urbanization process. Hence, it can be said that the lands located in Toochal mountain in north of Tehran and Ali spring in Ray were residing places in pre-history eras. This is said due to archeological reasons and topographic and climatic evidences. The explorations in Ali spring, Doroos and especially Gheitarieh in north of old Tehran indicates the availability of several groups in this region. The first groups who live in Gheitarieh are like those who lived in Ali spring about 8,000 years ago. After that, other tribes came and occupied this region and surrounding regions. This group was Aryan who migrated to this region by end of second millennium BC. So the first group lived on a hill located aside permanent spring about 8,000 years ago which was named as Ali spring in Islam era for the first of first Shiaa Imam. Concurrently, another group resided along with cultivable lands in Alborz between mountain and desert. Residing in Ray was developed more sustainable than other areas since it has special strategic position. The manner of mountains and desert location, availability of water and wide area of fertile lands led to establishing of a city which made the density of it and its child, i.e., Tehran. Though, we do not know when this city was created and when it is named as Tehran. There is no mentioning to Tehran in none of the references before Islam era and it seems that this  was first used in relative of Mohammad Ibn Khomad Abdollah Hafez Tehrean. Khatib Baghdadi died in 463 lunar documented him as the first well-known person of Tehran. Such relative in 3rd lunar century shows that the main core of current city and its name was created from beginning of Islamic era. So it is possible that the main core of this city and its name returns for pre-Islam era. If Mohammad Hafez Tehran is the first known people of Tehran, the first product which is pointed on talking about later capital of Iran is the work by Yaghout Hamavi (617 lunar), Zakaria Ghazvini (674 lunar) which are known as good works of Tehran and defined it. according to one of the resident in Ray who was trustworthy, Tehran is explained as follow: Tehran is a village located a milestone away from Ray and composed of 12 regions and its houses have been constructed underground and among fruit and vegetable gardens and there is a wide area in 200-300 bards Ghazvin gate and there are some will in it which ended to underground houses. These residential houses are among farms in irrigated lands. Undoubtedly, they were wet and this one of the reason that Tehran people were suffering from types of fever. According to writings of Klaobkho, Ambassador King of Castile and Leon (Spain) in Tamerlane's court, we know that there were home in Tehran, part of which was put in land and there were dwelling when king passed Tehran, he resided there. Special urbanization of Tehran which is resulted from arrangement of surrounded gardens and underground floors is the main reason of city surrounding on that area. If we see that this human dwelling has no tower for centuries and by 961 lunar when king Tahmasb constructed the first fence and bazaar, it is that there is no need to it since it was unbeatable.

The current height of Tehran from sea level is about 900 to 1800 m. in Tajrish Sq., height is about 1300 m and in Rahahan Sq., it is about 1100 m above sea level. It shall be noted that such difference is due to extend and much area of this city. 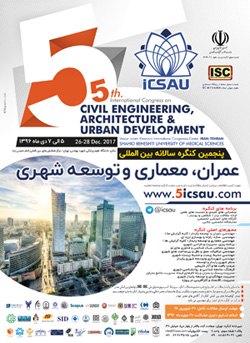 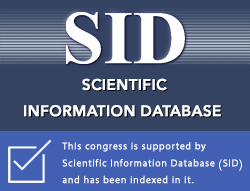 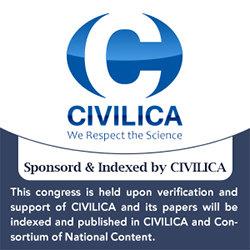